Spider-Man has his spidey-sense, but what does Batman have? He has the Bat-Signal, typically stationed on top of the Gotham City Police Department Headquarters. With a plethora of Batman figures available in one sixth scale it is no surprise that a company took the reins in creating a Batsignal accessory.  With that said, let’s dive into the Hero Club Bat Spotlight Review!

This is of course not the first time a Bat-signal has been recreated in one sixth scale. Hot Toys created one from the Dark Knight films and included it with the John Blake figure, or the John Blake and Gordon set. Hot Toys did a lovely job with theirs and it is a great piece, but nothing was available for the earlier Keaton Batman, or the later Affleck Batman. Hero-Club certainly filled that void though!

What’s that in the clouds?

Beginning with the outer packaging, we have a pretty standard box displaying a vector artwork of the Batsignal. Inside we have standard bubble packaging cradling the spotlight, the logo, the cord, as well as instructions. The piece is relatively straightforward, but looking over the instructions is generally a good idea! The construction of the spotlight is nice, especially for a third party piece. The spotlight is ratcheted so you do not need to worry about the spotlight holding its position. 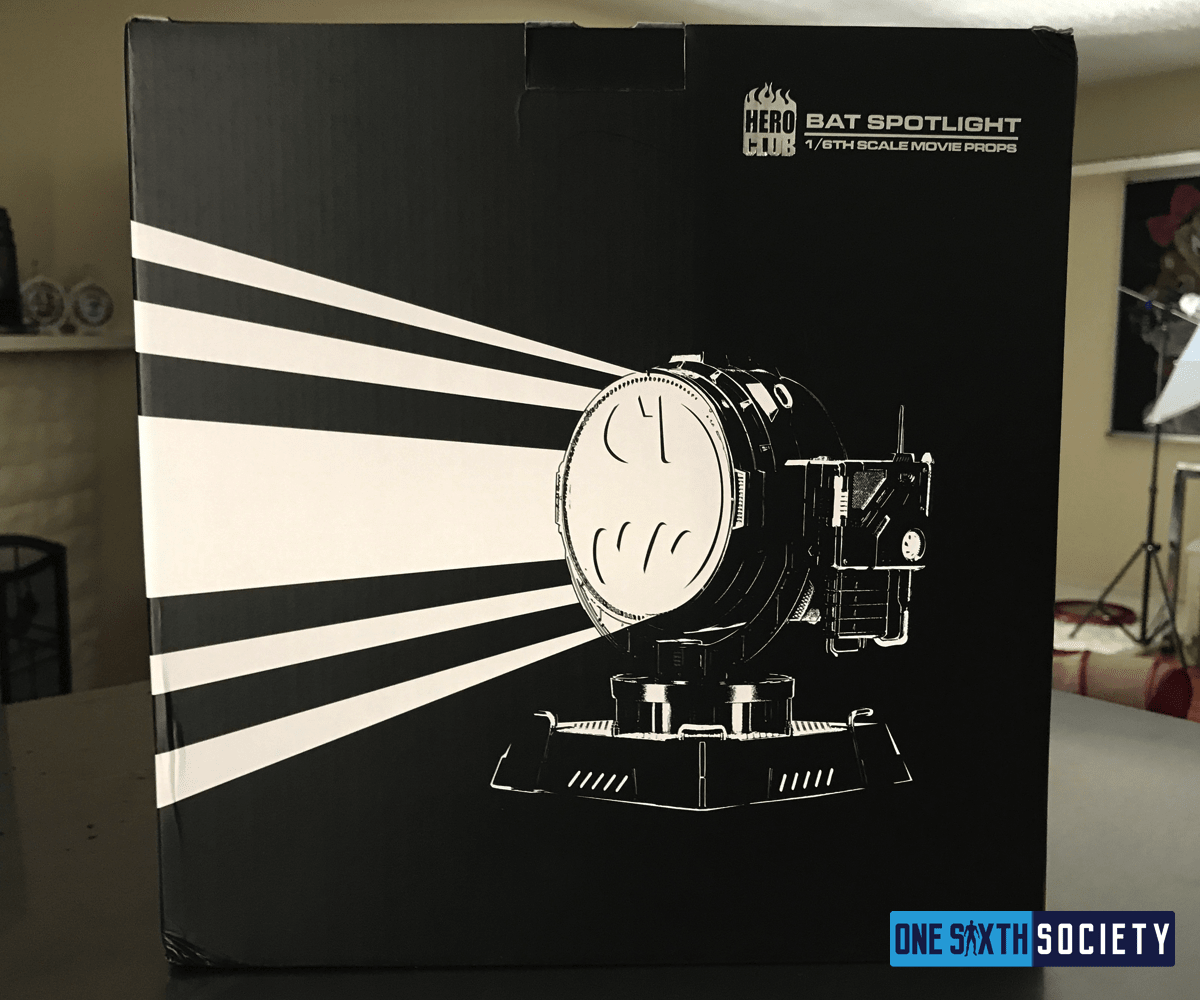 As mentioned previously, the spotlight comes with two interchangeable logos; one for Michael Keaton and one for Ben Affleck and their respective Batman logos. Swapping these out is a relatively easy process. The most important part of any spotlight is of course the brightness of the light. We are happy to say that the light shines quite brightly on this piece! In the dark, it shines quite brilliantly, but even with lights on it is still impressive. 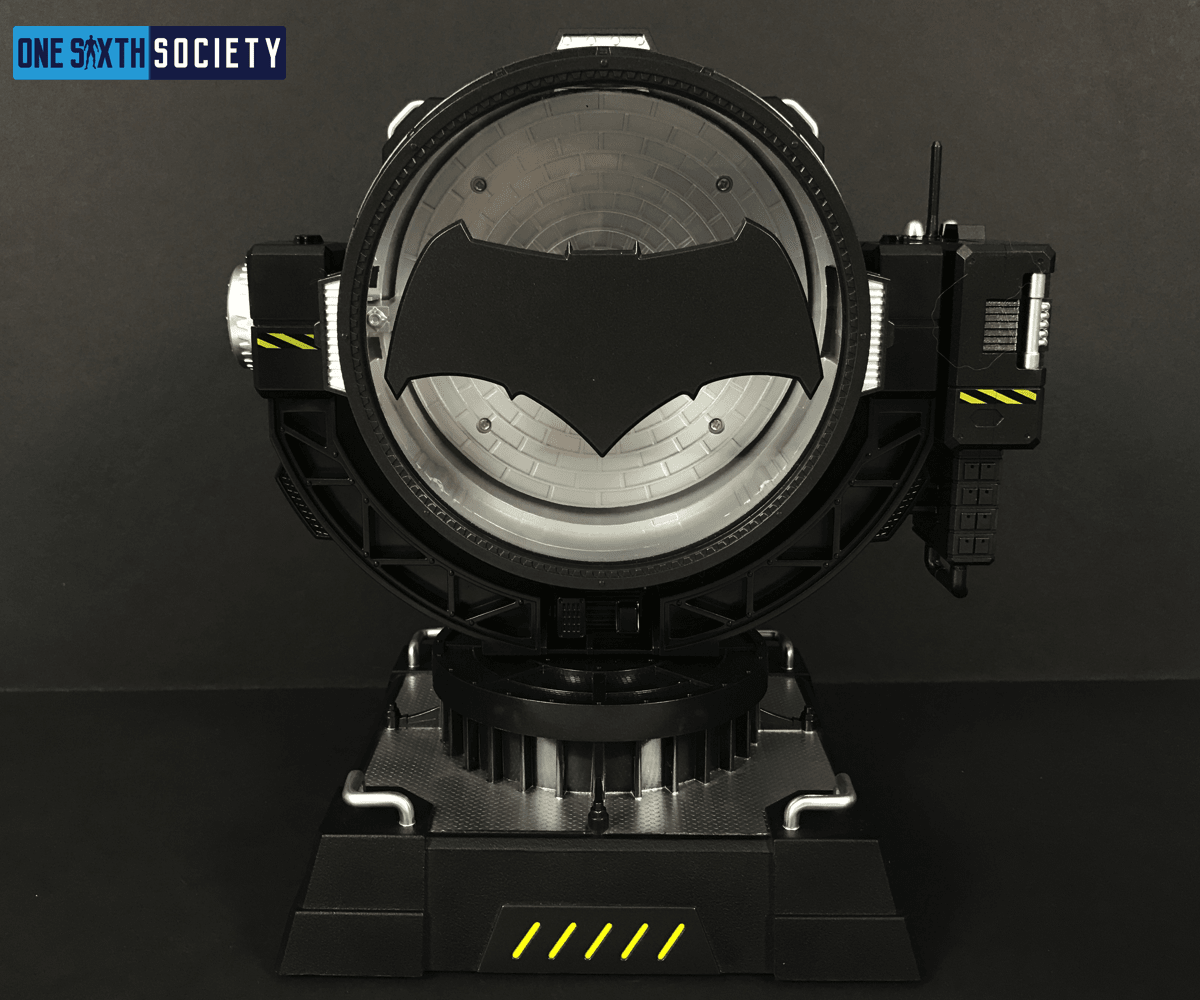 Now, no piece is without its faults. The issue with the Hero Club Bat Spotlight is that its source of power is a mini USB that you cannot use to charge the piece. The mini USB must be plugged into something, whether it is an adapter, a computer, basically any thing with a USB port that has power running through it. The most unfortunate part of this is that you cannot use batteries to have it be remotely powered, or even charge it via the USB, it must be plugged in at all times in order to shine. While that is really the only issue, it is a pretty big one. 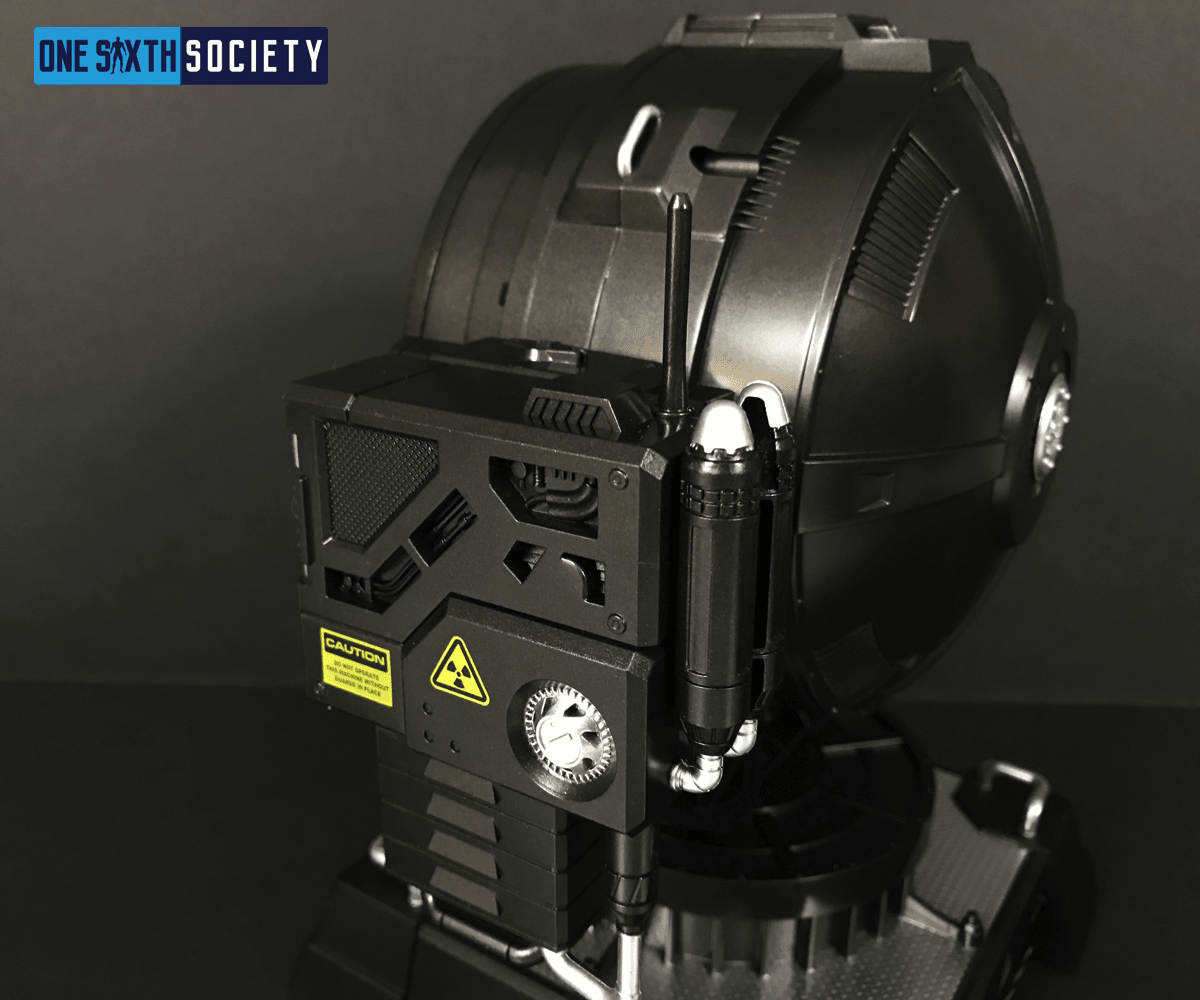 Even with that  one issue, the Hero Club Bat Spotlight is a piece that is certainly worth owning. Even without the lights on, it makes a rather impressive accessory to display alongside Gotham’s defender. This is of course a piece that is not as effective through text, so we highly recommend that you go up and check out the video! Be sure to pick up this piece if you want to enhance something like your DX Michael Keaton Batman, or perhaps your Suicide Squad Batman figure!