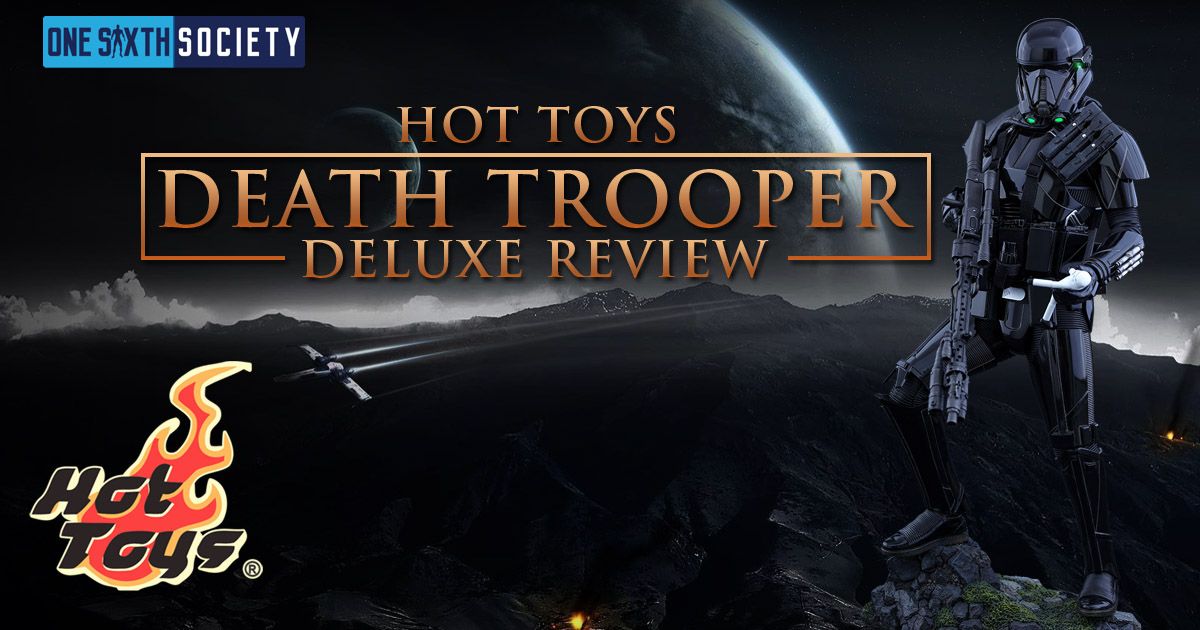 When Rogue One: A Star Wars Story came out, many were struck by the appearance of the intimidating Death Troopers. Much more foreboding than their Imperial compatriots, the Death Troopers have a certain aura about them. Of course, most figured that Hot Toys would be giving the new Imperial Soldiers the One Sixth Scale treatment, but would that aura translate into a figure? Let’s find out with our Hot Toys Death Trooper Deluxe Review! 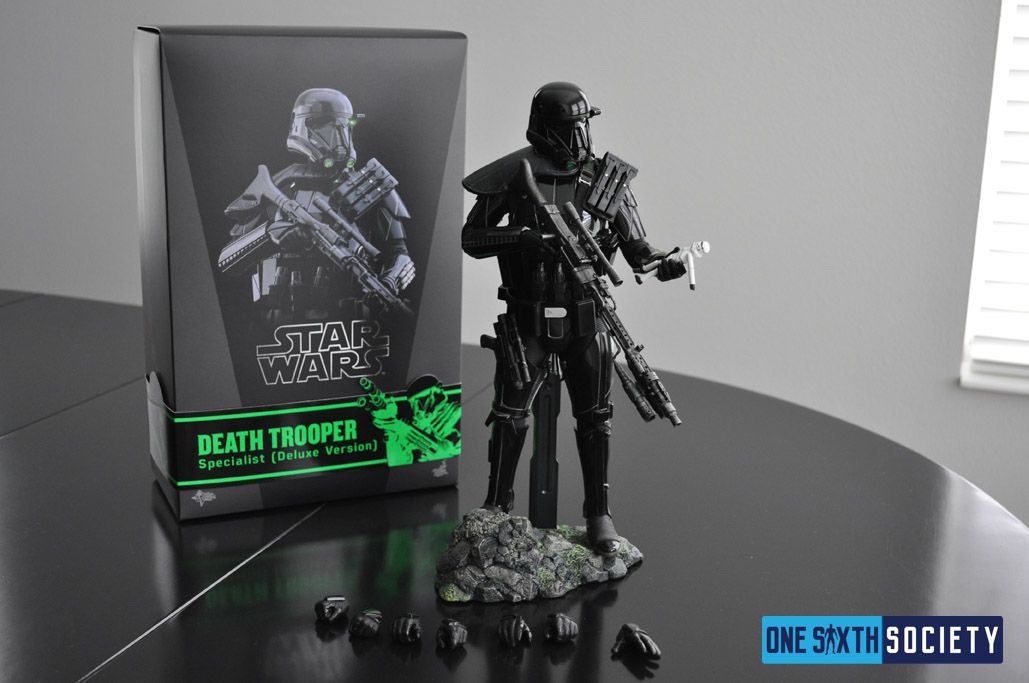 Why the Deluxe Specialist Version? 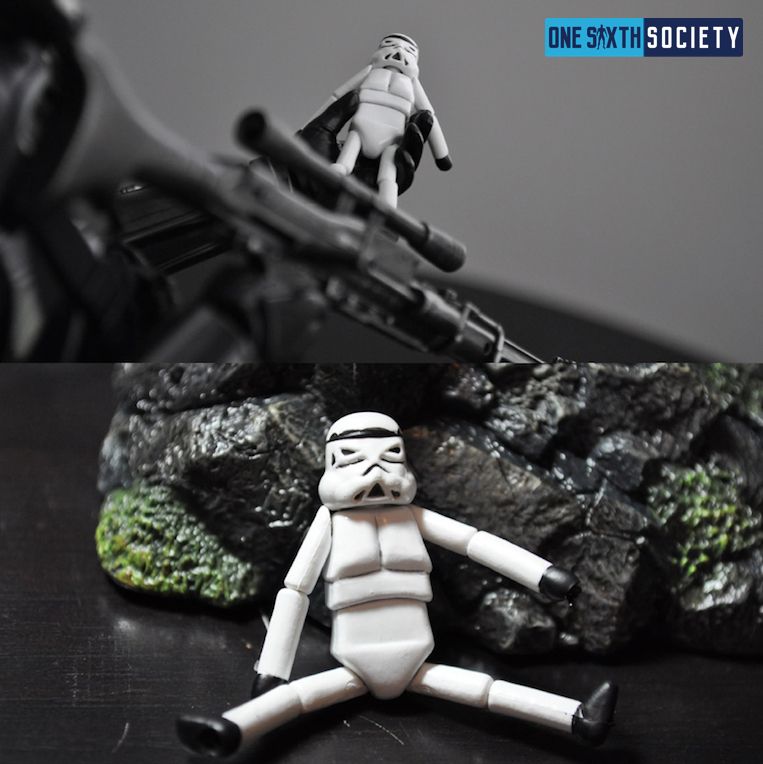 Starting with the pros, the Death Trooper figures all have quite a presence on the shelf. This is attributed to the near 13 inch height that they carry. The Death Trooper towers over other figures because of this and they appear really intimidating. Additionally, the figure itself is sleek in appearance. The glossy black armor really shines and reflects light well. Furthermore, the Death Trooper Deluxe Specialist also comes with the aforementioned stormtrooper doll that appears in the film. This little doll is very accurately detailed and really helps recreate the pose from the film. The rest of the figure is up to Hot Toys standards as well; accurate detailing on the accessories, bright lights on the helmet and a slew of hands. It is a truly fantastic figure with only one hiccup. 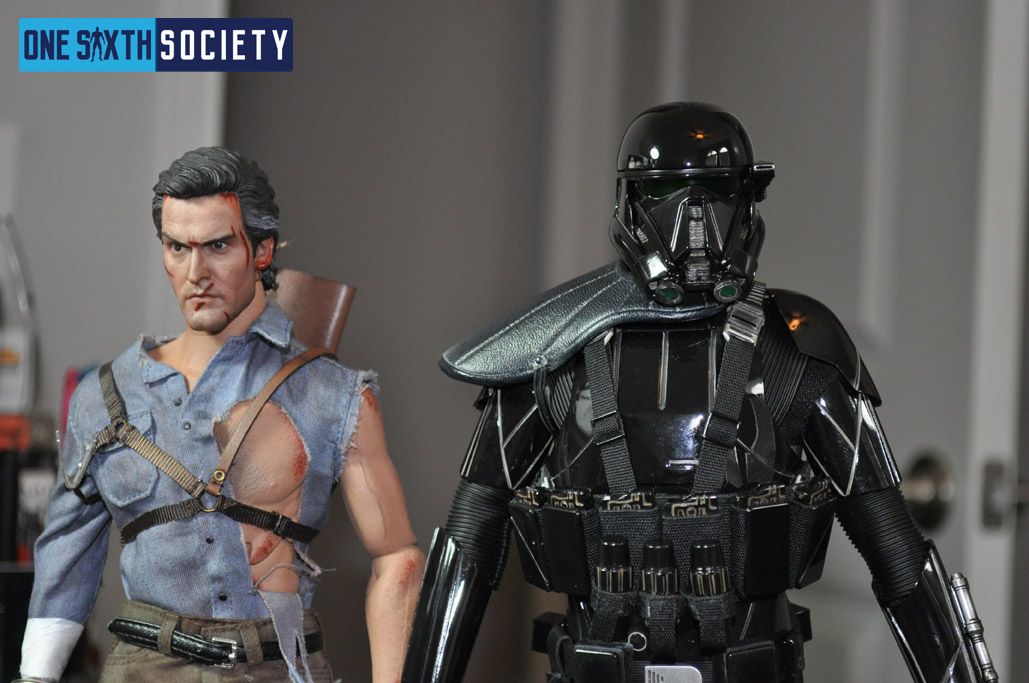 The only major issue with the figure is the under suit that they have on the trooper. Much like the First Order Troopers that Hot Toys did, the rubber under suits somewhat limit posability. In much of the promotional material for the figure, it showed the Death Trooper with a boot up on the diorama stand. The limited posability makes accomplishing the pose difficult, as the leg is hindered in its movement. The figure can still stand on the diorama, but it is a bit cramped. 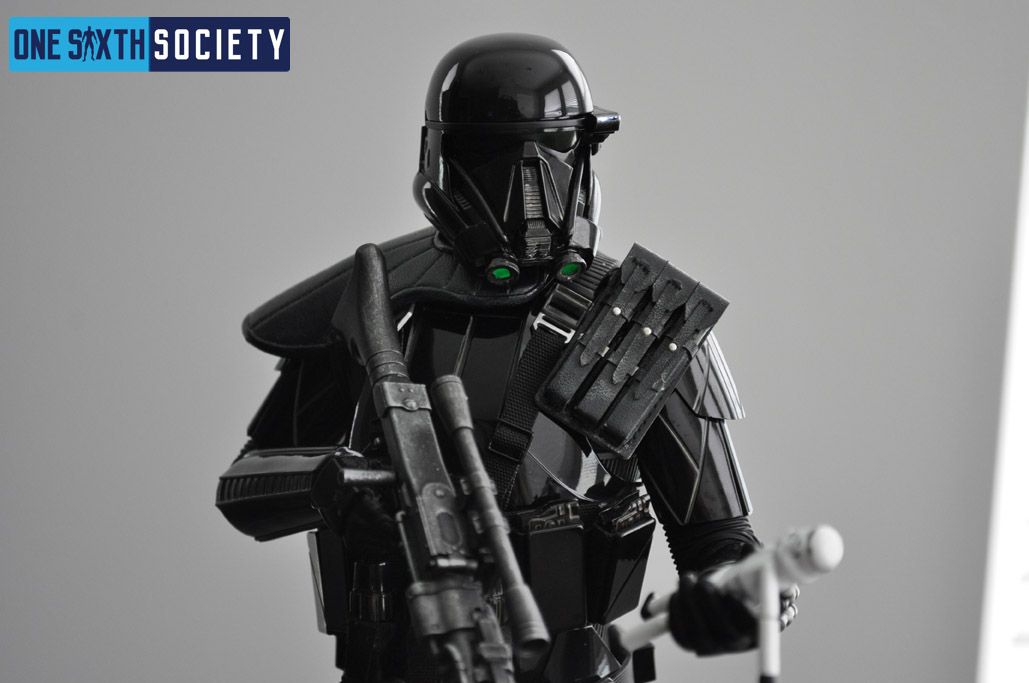 Hot Toys definitely has the production of Imperial soldiers down to a science, that much is certain. Only a single mishap stopped this figure being absolutely perfect. The positives in this case very much outweigh the negative. The figure is quite impressive, one of Hot Toys more impressive Star Wars trooper releases as of late. The Death Trooper Specialist Deluxe will definitely be a fine addition to your ranks.